The Translation and Interpreting Program at The Ohio State University is home to several initiatives: 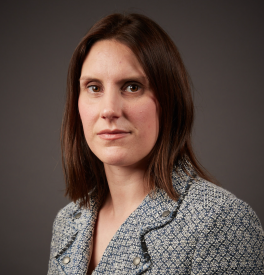 ‘Interpreting the Belsen Relief Effort: Voices from the Archives’

Historians have paid much detailed attention to the urgent medical and logistical challenges faced by the British liberators of the Nazi camp in 1945. However, despite the fact that first-hand accounts by the medical relief staff make frequent reference to the ‘language difficulties’ they encountered, the nature, impact and attempted resolution of those difficulties have gone wholly unexplored. Drawing on archival material, this paper will chart how and to what effect the relief effort was negotiated through a range of ad hoc (non)verbal communication strategies. These insights from the past will also be brought into dialogue with contemporary approaches to non-professional interpreting and crisis communication.

Sharon Deane-Cox is Senior Lecturer in Translation Studies at the University of Strathclyde. She has long been fascinated by questions of how ideas, values and identities travel across languages and cultures. Her first monograph, Retranslation: Translation, Literature and Reinterpretation (Bloomsbury, 2014) explores the phenomenon of literary retranslation from stylistic, paratextual and contextual perspectives. A British Academy Postdoctoral Fellowship (University of Edinburgh, 2014-16) then allowed her to investigate the ethical and epistemological dimensions of translating French experiences of the Holocaust. A recent Carnegie Trust Research Incentive Grant focused her attention on recovering the history of translation and interpreting during the Belsen Relief Effort in 1945, and she currently leads the RSE-funded 'Translating Scotland's Heritage' research network. Sharon is also Associate Editor of the Translation Studies journal and co-editor of the forthcoming Routledge Encyclopedia of Translation and Memory. 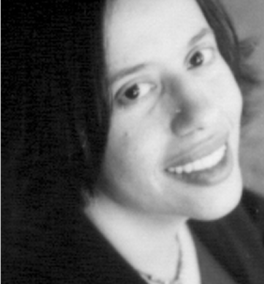 Race, Recitation, and the Riddle of Translation:
World Literature and World War in Salih’s Season of Migration to the North

Most scholarship on the celebrated 1966 novel Mawsim al-Hijra ilā al-Shamāl (Season of Migration to the North), which catapulted the Sudanese writer al-Ṭayyib Ṣāliḥ (Tayeb Salih) to the Arab, African, and world literary stage, privileges William Shakespeare’s Othello and Joseph Conrad’s Heart of Darkness as the novel’s chief intertexts.  Largely ignored is the English poem that Mustafa Sa’eed, Season’s central figure, recites one night, unleashing the novel’s core narrative.  Yet that poem—Ford Madox Hueffer’s Antwerp (1915), which eulogizes Belgium’s resistance to the Germans during the First World War—upends Season’s economies of race, history, and language.  Mustafa’s recitation of Antwerp ties Belgium and England, the Congo and the Sudan, and the shadow of Whiteness within and beyond Arabness and Blackness in a complex translational knot that begs detangling.  Moreover, the fact that his recitation transmutes English literature into orature and dissolves English into the appearance of Arabic—what Mustafa says in English is given, to the Arabic reader, in Arabic translation on Salih’s page—at once ushers modern Arabic and African literatures into the world through the medium of English and, paradoxically, resubmits English literature to the protocols of Arab-African and Islamic orature.  This lecture reads Denys Johnson-Davies’s English translation of this pivotal moment in Salih’s novel with Salih’s Arabic original and Hueffer’s Antwerp.  In Season, I argue, world literature is born of world war.  Mustafa’s recitation of Antwerp poses a question:  if Arab-African literary memory is buried in a modern “world” dictated by European colonialism, can Arabic and other African and Asian languages overcome the hegemony of English and other European languages—and re-dictate world literature anew?

“Tell All the Truth But Tell It Slant”: Teaching the Art of Translation

When we translate, we engage in the “slant” truth-telling that Emily Dickinson extolled in her oft-quoted poem. We look behind the words of our source text to discover what lies within, then generate new language to (re)create its message and medium. This talk explores ways to help students recognize and work through the semantic, syntactic, punctuational, and tonal commonalities and divergences between source and target languages, and identify the appropriate register for their texts. As we tease out students’ linguistic prowess with a variety of exercises and assignments, we enhance their ability to produce accurate and appealing translations into English while opening their eyes to the field of translation as a potential career path.

The Literary Rewriting as Paratext: The Censored Chinese translation of The World of Suzie Wong

The World of Suzie Wong  has gained global popularity, since its publication in 1957, because of its use of aesthetic, sentimental and romantic tropes. It is also a novel which is built on a broad array of stereotypical images wherein the Orient is allegorised in the story of a sexy and submissive Asian prostitute who is being trampled on. With good fortune, she is rescued and liberated by a white British man. Myriad literary researches have critiqued the racist discourse that underlies the story and its various adaptations on the stage since the 1960s. Still, no previous research has taken on the translated Chinese version, The Barmaid (1988), that came out at the historical juncture of Britain’s handover of Hong Kong when the capitalist colony was used instrumentally as a bridging tool to pave the way for China’s open-door policy in the 1980s. Despite being the only official translated version available on mainland China, during the new millennium, any information related to this translation has either remained obscure or has been deliberately wiped out. Through a careful intertext reading among translation and creation, and between the censored and original publication, this paper unveils the politics behind the censorship. With social, political and historical analyses of the genealogical evolution of the literary icon “Suzie Wong”,  this study argues that the earlier literary rewritings of the racist discourse by Sinophone writers in the early 1980s has become the paratext to facilitate the translation and the subsequent censorship of the translation.