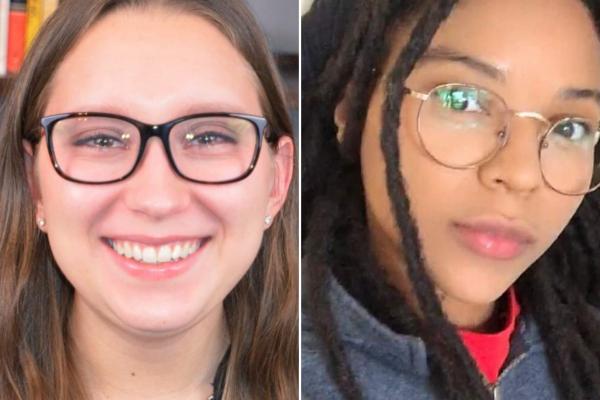 Two Ohio State students have been awarded NSEP Boren Undergraduate Scholarships to study in Korea during the 2020-21 school year.

Victoria Washington, a junior with a major in Korean and a minor in Chinese from the Department of East Asian Languages and Literatures, will study Korean language and culture at Sogang University’s Korean Language Education Center in Seoul, South Korea. She plans to volunteer with Teach North Korean Refugees (TNKR) to extend Boren’s impact through scholarship and service.

“Being chosen for the prestigious national security scholarship is nothing short of a dream to me as it enables me to pursue my passion for critical language acquisition and national security,” Washington said.

Caitlyn Bahm, who graduates next month with a degree in security & intelligence from the Department of International Studies and minors in Korean, Spanish and global public health, will also study at Sogang University. Her courses will focus on Korean language and culture as well as East Asian relations.

She said the immersive program is an incredible opportunity to develop her language skills, cultural competency and understanding of regional relations. After completing her Korean minor, Bahm said she’s excited to live and study in Korea for a full academic year.