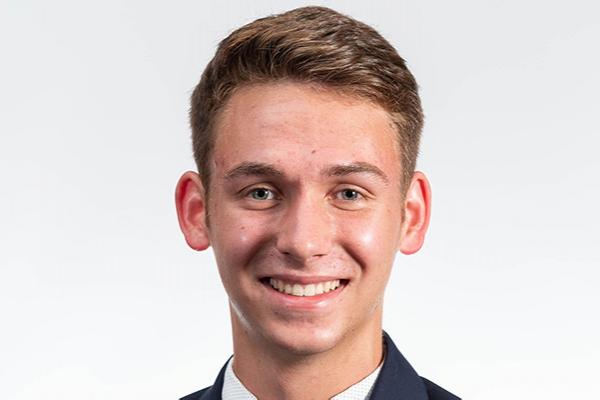 A third Ohio State student has been awarded an NSEP Boren Undergraduate Scholarship for the 2020-21 school year.

Larkin Cleland, a junior with a major in Islamic Studies and Geography, will study Persian as well as the Iranian, Afghan, and Tajik dialects of the language in Dushanbe, Tajikistan.

Cleland joins Victoria Washington, a junior with a major in Korean and a minor in Chinese, and Caitlyn Bahm, who graduated in May with a degree in security & intelligence from the Department of International Studies and minors in Korean, Spanish and global public health as recipients of the Boren scholarship. Washington and Bahm, whose awards were announced in April, will both study in Korea.

Cleland said receiving the Boren scholarship allows him to expand on two years of Persian classes at Ohio State to become fluent in the language and learn more about the culture, including celebrating Nowruz (also known as the Persian New Year) and Ramadan, which is observed by Muslims as a month of spiritual reflection, self-improvement and heightened devotion and worship.

“I hope to bring that language knowledge back to Ohio and use it to help Persian-speaking refugees and immigrants in my volunteering with local nonprofits,” Cleland said.

Many thanks for the ongoing support of Elizabeth Angerman in the Office of International Affairs.